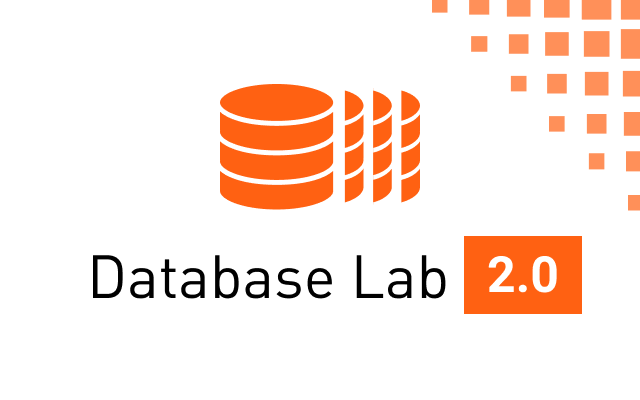 The Postgres.ai team is proud to announce version 2.0 of Database Lab Engine (DLE) for PostgreSQL, a modern database tool for building powerful development and testing environments based on thin cloning. Using Database Lab API or CLI (and if you are using Database Lab SaaS, GUI), on a single machine with, say, a 1 TiB disk, you can easily create and destroy dozens of database copies of size 1 TiB each. All these copies are independently modifiable and created/destroyed in just a few seconds. This can become a game-changer in your development and testing workflow, improving time-to-market, and reducing costs of your non-production infrastructure.

This release continues our strategy to automate all routine tasks such as initialization of the PostgreSQL data directory, data transformation, and snapshot management. In DLE 2.0, all these tasks can be flexibly configured in a single configuration file. As a result, building dev&test environments for projects with many databases (such as those that adopted microservice architecture) becomes much easier.

The previous versions of the Database Lab introduced the core technology: thin clone provisioning, based on either ZFS (default) or LVM. It was already possible to provision full-sized multi-terabyte database clones in just a few seconds and use them for a broad spectrum of tasks such as database schema changes verification, SQL query analysis, or general application testing.

Version 2.0 speeds up and empowers the initialization of DLE itself. Instead of using custom scripts for initial and continuous data retrieval, it is now possible to configure everything in a declarative manner to get the data and be up and running.