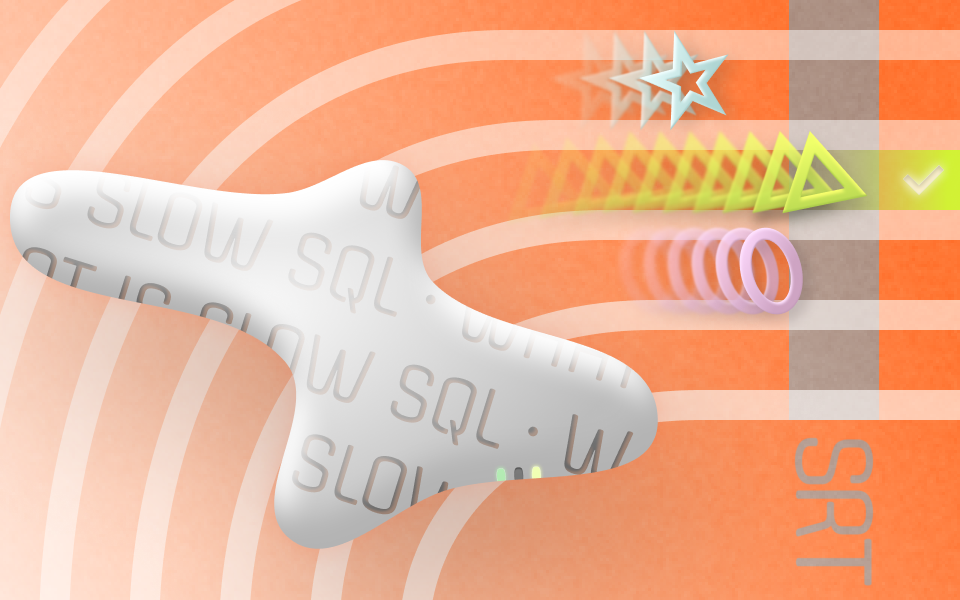 For web and mobile applications (here, let's talk only about them, not touching analytical workloads, background processing, and so on), engineers usually aim to have as few SQL queries per each HTTP(S) request as possible, and keep the execution time of those queries very low.

Well, usually, we say that 1 ms is good enough for an SQL query duration, while 100 ms is worrisome. And 500-1000 ms is something that we definitely need to optimize, while 10 seconds is a total disaster.

It's all dictated by our expectations for HTTP/HTTPS requests. When a user opens a web page or interacts with a mobile app, triggering API calls, we expect the server to respond fast. It is possible and makes sense to define some requirements for the speed of such a response. In an article "Response Times: The 3 Important Limits" published in 1993, Jakob Nielsen, a famous web usability consultant and human–computer interaction researcher, described the "0.1 / 1 / 10" rule for building well-performant interfaces:

There are 3 main time limits (which are determined by human perceptual abilities) to keep in mind when optimizing web and application performance.

... The basic advice regarding response times has been about the same for thirty years:

Where did the first number, 100 ms, come from? In the scientific study of processing speed or reaction time on cognitive tasks called "Mental chronometry", the duration of human reaction to events was analyzed:

Human response times on simple reaction time tasks are usually on the order of 200 ms. The processes that occur during this brief time enable the brain to perceive the surrounding environment, identify an object of interest, decide an action in response to the object, and issue a motor command to execute the movement. These processes span the domains of perception and movement, and involve perceptual decision making and motor planning. Many researchers consider the lower limit of a valid response time trial to be somewhere between 100 and 200 ms, which can be considered the bare minimum of time needed for physiological processes such as stimulus perception and for motor responses.

(You can find a lot of websites helping you test your own reaction time: example 1, example 2; don't forget that the time you measure consists of two phases, perception and reaction itself.)

In other words, events that last less than 100 ms are perceived as almost instant. This is exactly what we want from our servers – response time taking less than 100 ms.

For web and mobile applications, these numbers can be mapped to Server Response Time (SRT). For example, Google's PageSpeed Insights project considered SRT below 200 ms as good. And it's quite obvious that 1 second or more is quite slow.

Assuming that any HTTP(S) request may imply a few SQL queries that do some specific work like retrieving several parts of the content from the database and writing some others, then, very roughly of course, we can draw the following expectation to SQL performance in the context of web and mobile applications:

What is the average duration of SQL execution in your PostgreSQL? I'm not a big fan of averages (percentiles, histograms are much more powerful and helpful for system performance analysis), but knowing the averages, and especially historical data (in other words, a chart in the monitoring system), may still be very helpful. It can be a starting point for performance troubleshooting.

Unfortunately, in PostgreSQL, there is no direct way to check average query duration. Neither of the standard pg_stat_*** views would give you that (speaking of which, check out the great visualization of those made by Alexey Lesovsky from Data Egret: pgstats.dev).

The only ways to find the average SQL execution time (some name it "average latency") I know are:

I hope this post was helpful for the understanding of the reasons behind our target timing for the SQL query duration for web and mobile applications. The obvious advice is to learn the latencies, hunt for slow queries, and keep the SQL duration below 10ms for the most critical requests.