For OLTP workloads (such as web and mobile applications), it is important to understand object-level and row-level locks in PostgreSQL. There are several good materials that I can recommend reading:

When it comes to the lock monitoring and troubleshooting, you can start with basic queries collected at these PostgreSQL Wiki pages: 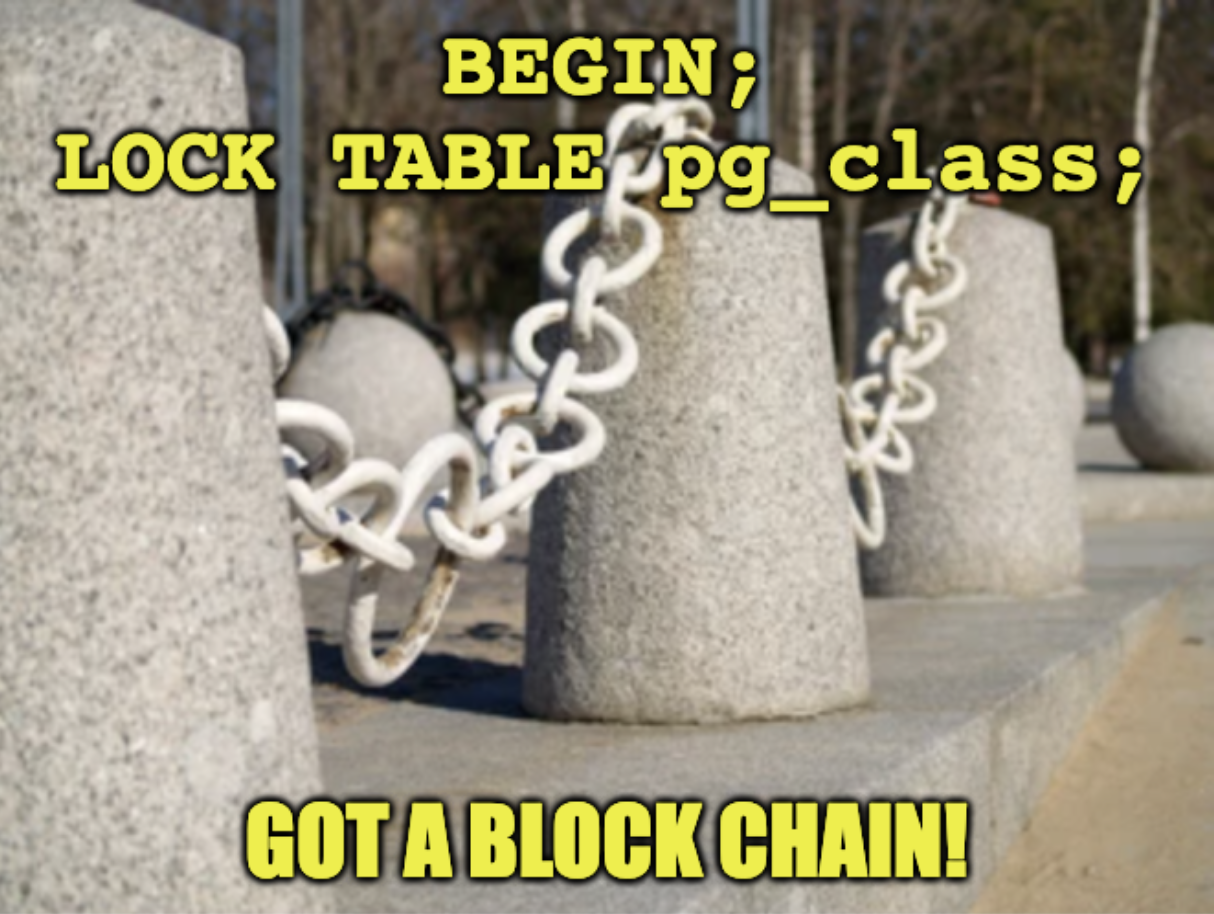 For more convenient (hence faster, in many cases) troubleshooting, you might want to use some advanced query, presenting results in a form that allows you to quickly:

Here are two examples of other people's work that you might find helpful:

I've experimented with the latter for some time and eventually started to add some additional bits of information to it – first of all, based on pg_blocking_pids(..) introduced in PostgreSQL 9.6. At some point, I rewrote the query from scratch, so consider it as the third option for the "advanced" lock issue troubleshooting.

The function pg_blocking_pids(..), per documentation, should not be used often:

Frequent calls to this function could have some impact on database performance, because it needs exclusive access to the lock manager's shared state for a short time.

Still, it is very useful, so I recommend using it as an ad hoc tool, with additional protective measures:

Another improvement is pg_locks.waitstart added in PostgreSQL 14, which shows how much time the processes are waiting for the lock.

It is now time to discuss the query itself. As the first step, let's enabling timing reporting and set a low value for statement_timeout:

And now run the query:

Here is an example output:

Update 2022-05-15: Many thanks to Aleksey Lesovsky for reviewing this article, script fixes, and corrections.